Welcome guys, I’m Nico, someone of you already know me, in last 2 months I started to share my picks with you on the site. I’m a professional sports trader, I live in Paris and I work for the main bookmaker of France. I’m from Italy so I have always followed very closely many leagues in Europe, from Italian leagues to French leagues and also Champions League and Europa League but also I follow very very closely basketball. We had some very nice picks in last weeks, mainly on the basketball World Cup, and in ten days finally we will have back the best league in the world: the NBA.

As you kknow NBA is the best league in the world. All the best players from Europe, from China and from the NCAA dream to play in the NBA. Today we are here because I will give you some advices on how analyze an NBA match and I will tell you also some tricks I use in my job.

When we analyze a NBA match we have to focus mainly on 4 important different factors: injuries and rotations, team schedule, statistics and the general betting.

We will start with injuries and rotations. In my opinion this is the main factor when we start to analyze a match. Every morning the NBA teams release an injury report where we can find some news about the team. When some players are questionable or out for the match of the night we can find some values in the odds. To grab this value we have to be very fast because the bookmakers will wait for this injury report to change the odds and to drop it. If you are very fast you can grab some big values. In the start of the season we won’t have many teams who will rest many players, because everyone is focus, want to have some results, have also to impress the fans, but after the All-Star games everyday you will find some values in the odds following the injury reports. Mainly because some teams are already qualified to NBA playoffs, so they prefer to rest players  to avoid injuries and also to rest players before big matches or also other teams who haven’t playoff ambitions will start to tank to have a better choice in next NBA draft, so they will start to lose matches, to give more chances to young players and rest some more experienced players.

The team schedule is the second important factor. When a team plays at home or on the road we will have a much different situation. When you are playing at home, you have your fans, you have a support, you will play a better offense and a stronger defense. While when teams are on the road, many times teams are intimidated and so they can play a lower level of basketball. Also we have to look if teams are playing many times at home or many times on away. When you are playing many times on away, you have to travel a lot and change cities everyday. Many times players have to make big travels, they can have a lack of sleep, they can be fatigued. While when players play at home, they are in a comfort zone. They can rest at home, they can see their family, they have an home court familiarity. So it’s much much better and they have the classic home court advantage.

The third factor are statistics. Analyzing statistics is very important, because you will improve your knowledge and also you will make some more informed decisions about a match. You can find some easier statistics as against the spread records, over and under records in the season or also on only last the matches, to look at short-term run. These will help you to analyze a match, but this will be a very easy and not depth analyze. When you look at stats you have to look also on some experts statistics as points in the paint, three-point percentages, true shooting of each player, assists and turnovers ratio and the pace of the two teams. The pace is one of the most important factor because we can use the pace to calculate how much points every team can score in the match and when we have an estimation on how much points the teams will score, we can found our personal handicap between the two teams and the total of the points who will be scored in the match.

The last point is the general betting. General betting can move the lines in the matches, sometimes we have some teams who are the favourite of the fans (as Lakers, Celtics and Warriors), so in the matches with these teams the fans will bet on them dropping the lines. So the best thing is to bet against them, because the bookmakers will follow the money who arrive from the bettors and they will move the lines without real infos. No players questionable or out. Also the articles on sports newspapers and social networks are having a big role in the lines movements. So what I will you have is to not follow general bettings. When some tipsters picks only following general bettings giving you sentences as “we will pick Golden State because they are the best team in the league” it’s better to not follow him. Because ok Golden State is the best team of the league, but when the bookmakers have set the lines they know this info. So the line is set in a right way, we have a percentage to win the match, but in long term we won’t have a profit following only general betting. We need real infos to bet on a match and to grab some values.

These are the four factors you have always to analyze before to place a bet. When you know you have made the four points you can be sure, you can place your bet and you will have an advantage on the bookmaker on the long term. With our picks we will help you to find some values without work, because we will work for you.

Many times I have a question from my fans: what a professional sports trader do at work. Before to become a sports trader I was a professional bettor, I analyzed my matches, I placed some bets to gain some money. And after that the bookmaker made me an offer and I agreed to become a trader for them and use my knowledge for them. A sports trader received the odds from an alghorytm, from this moment we have a human touch. I have to make some changes with my knowledge, my infos about the team, to move the lines, to change the handicap and to change the totals. Another important factor is a sport trader can see how much money are placed on a match and on a team. How many punters have choose a team of the other team. So many times we move the lines accordingly the money, to attract more bettors and have some money also on opposite lines. So we have some very important infos who only who work as a trader can have. Peoples or tipsters outside this job can’t have this informations, this is the main advantage I have against the others. When I work at night I see every match of the night, I have 9-10 different screens, every on a different match to see how teams are performing, how the players are playing and make some adjustements on live odds and for next days. If I see a player is bang, is injured or leave the match and after that he come back are all infos who can help me to make some better decisions for next days. 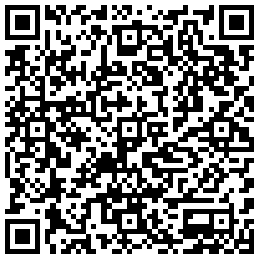